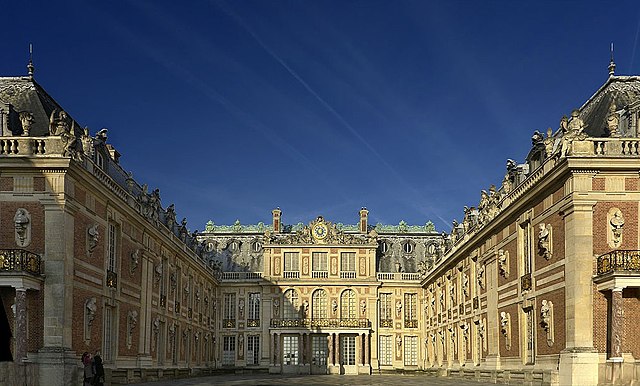 Particle is not always synonymous with nobility

Your family name is Delavergne, Delaborde, Dufour, Desmas, Deboise… Does this mean that you are descended from French nobility? In this article, I explain the origin of the particle and its link, or not, with the French nobility.

What is a (noble) particle?

The particle is the preposition written in lower case that comes before a surname of a noble family. In French, the most common are “de”, “d'”, “de la”, or “du” or “des”. This particle also exists in other countries to mark a noble family name (del in Spanish, von in German, van in Dutch…).

Does a particle always mean nobility ?

It does not always indicate membership in the nobility. It can indicate a filiation, a geographical origin, a property of commoners or bourgeois families.. In France, in the process of forming family names, many were place names preceded by the preposition “de”.

From the Middle Ages to the Ancien Régime

In the Middle Ages, by acquiring a fief, the commoner became noble, because this acquisition could only be done with the approval of the suzerain.

Although, the accession to nobility of too many commoners had the effect of reducing the number of those who were obliged to pay taxes. To remedy this, Philip the Bold issued an ordinance in 1275, which required commoners to pay a fee to the treasury for their past acquisitions, thus repealing the old rule according to which the commoner became noble by acquiring a fief. This ordinance was reinforced by the ordinance of Blois (May 1579) which, in its art. 258 stipulated that commoners or non-nobles buying noble fiefs would not be ennobled for this reason.

This landed nobility of feudal origin was succeeded by the nobility of concession. The king ennobled those to whom he gave the investiture of a fief of dignity, or commoners for whose benefit he erected a land in title of barony, marquisate, county or duchy

The noble particles were adopted mainly under the Ancien-Régime (1589 – 1789) in order to mark an attachment to a seigneury or a place they owned.

From the 18th century onwards

Families of the upper middle class imitated those of the nobility and also added a particle to their name. In both cases, these families generally carry their original patronymic name in first position, followed by the land name(s) preceded by a particle.

The particle in a surname of French origin corresponds only less than 50% to a family from the French nobility. Moreover, some French noble families do not have a particle. Besides, the particle is not always used.

The particle is used (in speech and writing) only if it is preceded by a first name, a noble title (prince, duke, marquis, count, baron, etc.) or a title of function or rank (judge, notary, seneschal, etc.).

In the case of names beginning with d’, du, or des, the particle is always maintained even if the first name, title, or function are not present, like in d’Hozier.

There is, however, one exception. Surnames with only one sound syllable or where the final “e” is silent have the particularity to keep the particle, like in de Gaulle.

How do I know if my family name is related to the French nobility?

You can start by researching the origin and meaning of your family name on sites like Filae or Geneanet.

You can also consult the Title Cabinet (Cabinet des Titres). Composed of 6800 volumes of manuscript documents. It is a collection of documents relating to the nobility of France, gathered during the 17th century for their genealogical interest, from the archives of the king’s judges of arms (d’Hozier family), responsible for verifying coats of arms and proofs of nobility.

Nevertheless, even if your family name appears in the Title Cabinet directory, it is not necessarily your family. To find out, you will have to conduct a long and thorough research on your French origins.