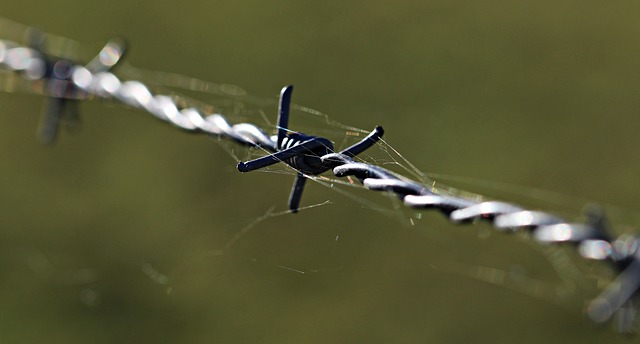 Paule, a woman in the French Resistance

During the year, I handle several client researches. Though each one of those stories are unique, if I remember each of them, it happens that a file touches me more particularly. Paule is one of them.

The origin of the research

I was contacted by O.J. in 2018. As a child, he left the United States, where he was born, to spend his summer vacations with his grandmother in France. He knew that she was a resistance fighter during World War II, although she did not talk about it. Now an adult, and a father himself, he wanted to learn more about Paule with whom he had his childhood memories, in order to share this heritage.

Paule, a woman in the Resistance

It was in 1943 that Paule joined the resistance movement, POWN Monica.

The POWN movement began in June 1941 in the southern zone. It was first structured in Lyon, then settled in the northern region of the occupied zone from the summer of 1942.

This Polish resistance movement worked for the “organization of Polish independence”. To achieve this, the founders of the movement believed that it was necessary to participate in the liberation of France before they could hope for the independence of their country. Among Polish immigrants, national sentiment is extremely powerful and very mobilizing towards the Polish government in exile in London. The vast majority of the fighters are essentially workers. They are supervised by an intellectual elite composed of executives, professors and officers of the former Polish army.

In the spring of 1944, the movement integrated General Koenig’s FFI organization under the name Polish Resistance Forces in France. This force represented a task force of 9,485 men and women.

From freedom to the hell of the camps

While she is in Paris to meet a member of the Polish Military Forces, the Gestapo arrests Paule.

After a violent interrogation, she is incarcerated in the Fresnes prison.

Paule will be part of the last convoy leaving Pantin station on August 15, 1944. 2,200 Resistance fighters were sent to Buchenwald and Ravensbrück.

After six days of travel in terrible conditions, the convoy arrived in Ravensbrück. The women returned to their camp on foot, under a blazing sun. They are Jews, Poles, political prisoners from the Resistance.

Twenty days later, Paule was sent to HASAG-Leipzig, with twenty-seven other prisoners from Ravensbrück. She was one of the youngest prisoners.

The “Hugo-Schneider-Aktiengesellschaft” (HASAG), based in Leipzig, was the largest arms manufacturer in Saxony and one of the companies that profited most from forced labor. The company owned large ammunition factories in occupied Poland and the German Reich, where Jewish men and women, forced laborers and concentration camp prisoners had to work. In Leipzig alone, thousands of forced laborers had to produce ammunition and Panzerfäuste (a German rocket-propelled grenade similar to a bazooka). In the summer of 1944, the largest women’s annex camp of the Buchenwald concentration camp, with more than 5,000 prisoners, was built next to the factory site.

After the Allied bombings of April 13, the factories had to stop production. The forced workers are sent back to their camps.

The women of the Leipzig Kommando are awakened during the night of 13-14 April. They are given 500 grams of bread, a sausage and 125 grams of margarine, which they must share.

Through the accounts of the women evacuated from Auschwitz who were able to reach them, the prisoners know the conditions of these forced marches. They also know that the only way to survive is to escape.

After a first stop in Wurzen, the march resumed towards Oschatz. Along the way, the weakest collapsed, unable to advance even to escape the SS bullets. Arriving in Oschatz, the deportees found that the greatest confusion reigned there. The SS abandoned the columns of prisoners. The group leaders reminded the women that they should disperse in all directions in small groups and wait for the arrival of the allied armies.

Take advantage of the first opportunity to flee, you can prepare with one, two or three comrades, no more, as a larger group would be less mobile and more locatable. It will be necessary to take the small paths westward to reach the Anglo-American lines and ask for help from the French prisoners of war working on the farms.

According to various accounts of women who escaped from the death march, during the week between Oschatz’s escape and the liberation of the Americans, they worked on farms. According to the information available to them, they took to the road to find the Allied troops, while avoiding the German soldiers.

Paule indicates in her papers that she was liberated by American troops on April 25, 1945.

She was repatriated to France, with a stay at the Hotel Lutetia.

The construction of the story

In order to be able to retrace Paule’s journey, I have of course based myself on her resistance fighter file, her prisoner file, as well as on other concordant sources that allowed me to complete the information.

I am only giving you here an excerpt of the whole research. Thanks to the various testimonies of women detained in the Fresnes prison, being part of the same convoy or being in the same block as Paule, but also to numerous documents related to the Resistance, I was able to clarify the whole journey of this young woman.

The harshness of the descriptions is an element that I had to take into account. I preferred to interview my client to make sure that he was ready to face what his grandmother had endured as abuse.

I am grateful to my client for asking me to retrace Paule’s journey and thus be able to pay tribute to her.