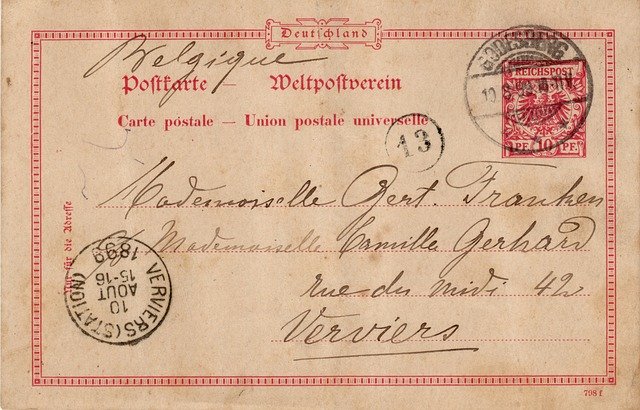 How to read French records ?

Reading deeds in another language is not always easy. Discover how to read French records with those advices.

In the two previous posts, you have discovered French archives. Now, it is time for you to learn more about your French ancestors. You dive into the records, but you soon discover that, not only will you have to learn how to read French, but also Latin, Occitan, Gothic… depending on the region they were from, and the period. Cool isn’t it ? For now, let’s focus on the records in French.

From 1792 to 1795, the records are manuscript, with a lot of details. It is a hard to read period, not only because of the length of a single birth deed, but also because it was not anymore the priest who wrote the documents, but the one in the village who knew better than the other. This means some of the deeds are written the way the scribe heard and understood it. You have then to be very careful reading family names, as you may find various spelling of it during this period of time, even in the same deed.

You will find conversion widget on websites such as Napoleon.org, or on online Archives websites, such as the Archives du Var.

How to read a birth record ?

1 – This is the civil registration office (City Hall of Toulouse – Birth records for the year 1793 – Including 32 sheets written by us President of the district, the first and last sheets signed accordingly to article 2 of law of September (7bre) 20th, 1792)

2 – This is the date the record was created. We’re in 1793, the public officer seems not to be at ease with the new calendar. He wrote l’an premier de la République (the year 1 of the French Republic), then the date as he was used to write it down sixième jour du moy (for mois / month) de janvier mil sept cent quatre vingt treize (on January 6th, 1793). In most record, the first date listed is not the date of the event, but the date when the record was created. So be sure to read the whole record to get the date of the event !

3 – This is the person who reported the birth, Jean Joseph Marie Saint (St) Germain. Note the mention « citoien » (citizen) before his name. In a sense of equality, each individual were called citoyen …. Following the father’s name, there is his address (living on Gestey street)

5 – This is the name of the father Marie Joseph Mechin, currently out of town, and the name of his wife Catherine Enriette (for Henriette) Sophie Veyron, and her address (Saint-Rome street). You can find more information such as their occupation, and ages.

7 – This section contains information about the witnesses. It includes their names, their family link with the parents, residences, and signatures. You can find more information such as their occupation, and ages.

How to read a marriage record ?

1 – This is the registration number ; the name of the groom, Dubois Pierre, and the bride, Gaillard Jeanne.

4 – «  présents et consentants ». This means the parents of the groom give their permission for the marriage.

5 – This is the name of the bride (Jeanne Gaillard), her occupation (farmer), her age (40), her birthplace and birth date (Liffré, April 9th, 1813), her residence (La Bouëxière), her parents names. In this case, both her father and mother are deceased. Their death dates and places are listed (daughter of Jean Pierre Etienne Gaillard, died at Liffré on December 2nd 1822, and Perrine Marion, died at Liffré on November 19th 1836)

6 – This section explains that all the necessary requirements were met to marry, and that there was no opposition to the banns.

7 – This section explains that no marriage contract was done.

8 – This section explains that both the groom and the bride responded affirmatively that they wanted to become husband and wife.

9 – This section lists the witnesses, their ages, occupations, residences, signatures. The newly weds, as well as Pierre Dubois’ parents do not sign.

How to read a death record ?

1 – This is the registration number ; the name of the deceased. Note that sometimes, you can find more information, such as the deceased last and first name, age, death date.

3 – This is the name of the deceased (Claire Fournalès), date and hour of death (who died yesterday at 11:00 am), age (55), occupation (landowner), birthplace (Toulouse), residence (Toulouse, Peyrolière street n°16), marital status (single).

4 – This is information about the deceased parents (daughter of Gabriel Fournalès, cooper, and Françoise Joucla, married, deceased).

6 – This is the declaration and signatures of those reporting the death.

Before the French Revolution

The marriage records will contain the same information as seen above.

1 – This is the date of the baptism (October 28th), name of the child (Joseph), and birth date (born the day before).

2 – «  fils légitime » indicates the gender (Son of). This is the father’s name (Jean Auset), his occupation (plowman), the mother’s name (Catherine Vaudou).

3 – This is the child’s godparents (Joseph Auset and Marie Auset).

4 – This is their residence (all residents in the village of Gallou).

5 – The priest indicates that none of the godparents sign.

The sepulture records will contain the same information as the baptism one:

In conclusion, if you want to find the more information about your French ancestor, the marriage records are the ones to go to. But keep in mind that, the more you go back in time, the less information you will find, especially for marriages and sepultures.

You can train yourself with the help of the FamilySearch wiki.