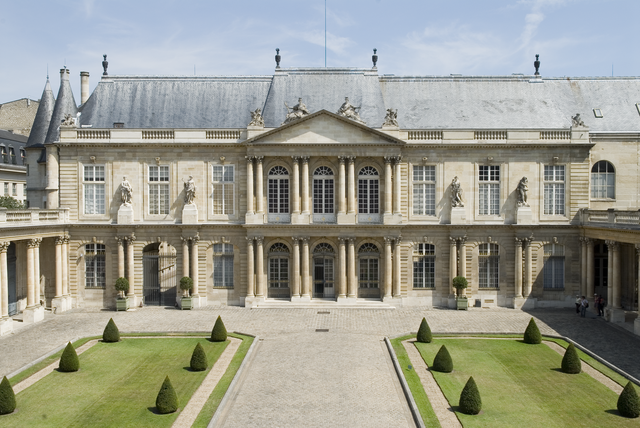 Back to the beginning

On August 10th, 1539, François Ier (Francis I) signs the first organization of the French registers of births, marriages and death. The Ordinance of Villers-Cotterêts calls for the use of French in all legal acts. Prior to the edict, Latin was the most common language used by the clergy and the notaries. It also requires the priests to record baptism, marriage and burial. We call them BMS : Baptême (baptism) Mariage (marriage) Sépulture (burial).

Some priests have not waited for the edict to start recording BMS. The oldest record known in France is that of Givry, Saône-et-Loire, and dates 1303.

Two records were required. One was kept in the parish, the other one was sent at the court office. Why keeping track of BMS in two records ? This is a security measure, in case one, most likely the one kept in the parish, would to be lost, burnt or destroyed by any means. Sometimes, both records are available online, which is a luck for the genealogist. Writing hard to decipher, missing pages can be completed by a research in the double record. Unfortunately not all records are available. The lack of records is often linked to History. Civil or World Wars have destroyed a lot of archives, especially in Normandy (WWII), Somme and Alsace-Lorraine (WWI).

The French Revolution and the Archives

In 1789, the French people rose against monarchy, and the clergy. One year later, the National Archives were created. It is in 1794 that a state decree made mandatory to centralize all the pre-Revolution Archives. Departmental Archives were created in 1796. They centralize all the records of the department, and the double of the city archives. In 1970, a law makes it mandatory for municipalities with fewer than 2 000 inhabitants, the submission of city archives in the departmental archives. Municipalities with more than 2 000 remaining free to file or not.

In the second part, I’ll introduce you to the departmental and communal archives, as well as the information you will find in the parish and civil status registers.